Rezabek Vineyards is periodically featured in articles  in the news media in the area.  Enjoy reading the latest information and accounts of activities at the winery and the vineyard. 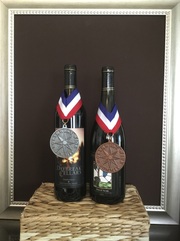 More Awards for our Wines
Our two new award winning wines:
The Northwest Wine Summit was held recently at Mt. Hood Lodge in Oregon with wines being submitted from Washington, Oregon, Idaho, Montana, Alaska and three Canadian Provinces.  Over 1000 wines were submitted to the competition. 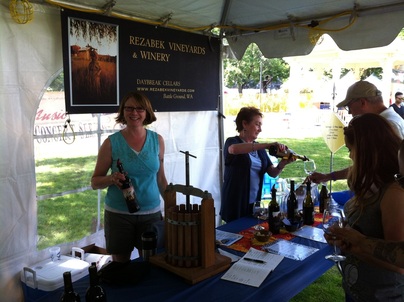 (Vancouver, WA, June 22, 2014) Rezabek  Vineyards and Winery made its debut appearance with tastings at the Craft Winefest in Vancouver, Washington, last weekend, June 20-22.  The event attracted wine enthusiasts from throughout the Vancouver, Washington and Portland, Oregon area and drew visitors from as far as Napa Valley, California and Central Arizona.

Daybreak Cellars is the brand name for the initial slate of wines offered by the winery.  Wines featured included Northwest Gold, a white blend of Riesling and Pinot Gris from the Willamette Valley, a 2012 Tempranillo, which was a big hit among red wine lovers at the Festival, a 2009 Cabernet Franc / Merlot blend from the Rogue Valley AVA, and a 2009 Pinot Noir from the Willamette Valley.

Almost 3000 people attended the three day event, which saw wonderful June weather with lots of sunshine.  The event included music, food, 25 wineries from SW and Eastern Washington, 10 craft breweries, and one Clark County craft distillery, along with numerous other craft vendors.  30% of all proceeds from the weekend festivities went to The Arc of Southwest Washington, a charitable organization.  This was the second annual Craft Winefest held in Vancouver.